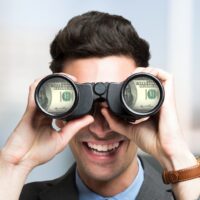 One of the benefits of sticking with a company that provides a consumer service for a long time is taking advantage of good deals that don’t last. We all have that one friend who still gets unlimited data for pennies with a cell phone wireless plan they signed up for 15 years ago. Corporations, of course, hate this. They will do everything they can to get us to cancel old plans and force people to sign up for new plans that cost more and do less. Insurance companies are no different. A health insurance plan started decades ago may have a significantly lower monthly premium and a lower deductible than a plan purchased today. Certain fees and taxes that apply to new plans do not apply to older plans. If a contract allows for continued renewal under the current terms, however, then insurance companies are stuck with the deal they originally struck. At least they should be.

Recently, Anthem Blue Cross Life and Health Insurance Company (Anthem Life) has been unilaterally canceling existing, grandfathered insurance plans simply because they do not like how favorable the terms are for policyholders. The insurance bad faith attorneys at Gianelli & Morris have brought several lawsuits on behalf of policyholders whose policies were terminated just because Anthem didn’t like the existing terms, in violation of Anthem Life’s legal duties. Continue reading to learn about the claims and how you can protect your existing health insurance policy. If you have a policy with Anthem Life or another California insurance company and your policy is canceled without good reason, call the zealous California insurance bad faith attorneys at Gianelli & Morris for advice and assistance.

The Patient Protection and Affordable Care Act (ACA), enacted in 2010, made a variety of changes to the insurance industry. The ACA limited insurers’ capacity to deny coverage for pre-existing conditions, for example, and set limits on premiums. However, certain additional taxes and fees apply to ACA plans, and the calculation of premiums was handled differently. Some policyholders realized that their premiums would actually be higher, and their coverage worse, should they obtain new coverage under the ACA. They chose to keep their existing plans, which were “grandfathered” in and thus not subject to the additional fees or changes in premiums.

In light of the ACA changes and varying state laws, Anthem’s parent company decided that it would be unprofitable to sell new policies in certain states, including California. Anthem Life decided to cancel all existing policies in California. In June 2019, Anthem Life mailed a notice of cancellation to policyholders in California stating that their policies would be terminated effective December 31, 2019.

In California, insurance carriers are not permitted to simply end a policy for no reason. California law mandates that all individual health plans must be renewable, unless: (a) the insurer stops selling new health insurance policies in the state, AND (b) the insurer gives written notice to the policyholder of BOTH its intent to stop selling individual policies in the state AND to terminate the customer’s policy. The written notice must be sent 180 days in advance of policy termination/non-renewal.

In some cases, Anthem Life simply failed to send notice of cancellation. One unfortunate policyholder did not learn about the alleged policy termination until after they started receiving emergency medical care in January 2020–and found themselves on the hook for tens of thousands of dollars in medical bills. Anthem Life had even sent the policyholder a notice of premiums owed for continued coverage into 2020 (reassuring the policyholder that their policy was not, in fact, terminated), although Anthem Life claims that the bill was sent by “mistake.” Anthem Life also claims it sent a notice of termination in June 2019 but that it went to the wrong address.

Even where Anthem Life did send the termination notice, it still did its best to skirt California law. California’s insurance code states that insurers who stop selling individual insurance plans in the state and seek to cancel existing policies on that basis must actually stop selling policies in the state for five years. The purpose of the law is to prevent unscrupulous insurers from using the provision to cancel unfavorable policies only to turn around and start selling new, more expensive policies six months later.

Attorneys at Gianelli & Morris represent policyholders whose grandfathered plans were canceled without the proper notice required by California law. Anthem Life did send a termination notice in June 2019, but the notice failed to state that Anthem Life would stop selling individual health insurance policies; the notice simply stated that the policy was being terminated. In fact, the notice stated, “depending on where you reside, you may be able to select a plan offered by Anthem Blue Cross.” The statement clearly (and confusingly) implies that Anthem Life would not be exiting the California market.

Blue Cross of California, aka Anthem Blue Cross, is a sister company to Anthem Life. The statement evidenced Anthem Life’s clear purpose of keeping business in the corporate family, using the sister company as a surrogate in order to avoid the five-year ban on offering policies within the state. Faced with the termination of their policy, our client sought new coverage. A staff member at Anthem Life did, indeed, sell them a new policy under Blue Cross of California, which they referred to as Anthem Blue Cross.

Anthem Life not only violated the notice provision of the insurance code by failing to state that the reason for the termination was their leaving the Californian insurance market–they blatantly violated the purpose of the law by funneling business into other companies in their own corporate family. Our client was left without coverage for a period of time and was induced to buy a new policy through one of Anthem Life’s sister companies, losing the beneficial terms they had under their existing policy. We are seeking justice and compensation on behalf of our clients and others who were kicked off of their existing policies in violation of California law and the principles of fair dealing.

Get the Insurance Coverage You Are Owed in Southern California
If your Anthem insurance policy was summarily terminated and coverage of your medical care was denied, or if you were forced to seek alternative coverage with worse policy terms, the seasoned bad faith insurance attorneys at Gianelli & Morris can help. Our passionate and trial-ready Los Angeles insurance claim denial legal team is ready to fight for your rights. Call today for a free consultation at 213-489-1600.

By Gianelli & Morris | Posted on July 8, 2021
Free Consultation
We can Help,
Contact Us Today!