Blue Shield is Overcharging Policyholders in Violation of California Law

Blue Shield is Overcharging Policyholders in Violation of California Law 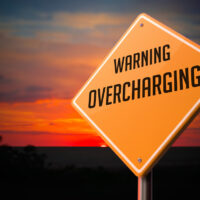 Maintaining continuous health insurance coverage is critical, especially if you or other members of your family have a serious health condition. In the current market for health insurance, premiums are subject to rise a substantial amount each year, sometimes making policyholders’ current plans unaffordable for the following year. Policyholders are entitled to written notice of an increase in premiums well in advance of any changes. Unfortunately, Blue Shield has repeatedly failed to adhere to this law. This belated notice of increasing premiums has left unknown numbers of policyholders with no choice but to pay illegally-increased premiums if they wish to maintain their coverage. Gianelli & Morris is now representing one family that was the repeated victim of premium overcharging by Blue Shield. Learn more about their story below, and contact our seasoned team of California insurance bad faith lawyers if you’ve been the victim of similar misconduct.

In order that individuals and families have time to shop for other insurance options, California law requires that policyholders receive written notice of upcoming changes before they’re required to commit to another year with the same health plan. Specifically, California Health & Safety Code § 1389.25 states that “no change in the premium rate or coverage for an individual plan contract shall become effective unless the plan has provided written notice of the change at least 10 days prior to the start of the annual enrollment period applicable to the contract or 60 days prior to the effective date of the contract renewal, whichever occurs earlier in the calendar year.”

Michael and Irene Bold are the parents of three children, two of whom have been diagnosed with cystic fibrosis. The family had a policy with Blue Shield that covered all five family members. In late 2017, the Bold family received notice that their premium would increase by $700 per month for 2018, to $2,401. Irene Bold called Blue Shield to report that there must be some mistake in the calculation of their premium. Despite her repeated calls, Blue Shield never initiated a grievance regarding the billing complaints, as they are required to do under California law.

The Bolds received a letter on December 29, 2017, stating that their premiums had been recalculated and would be $1,975 rather than $2,401 per month. This notice arrived roughly seven weeks after the Bolds were entitled to this notice under California law. Since the open enrollment period had ended, and the Bolds needed their health care coverage to be continuous for the sake of their children, Michael Bold sent a check for the amount of the revised premium immediately. The check was cashed. Nevertheless, the Bolds received notice of a cancellation of their policy in January 2018 for failure to pay the full $2,401, with coverage to be maintained only if the Bolds sent in the $425 difference to Blue Shield immediately.

The Bolds complained to Blue Shield about this immediately and even attempted to stave off cancellation by pre-paying for February’s coverage in the recalculated amount. Blue Shield did not respond and again failed to follow its official grievance policy in regard to these complaints. Only after the intervention of the California Department of Managed Health Care and the airing of a local news report on the family’s plight did Blue Shield tell the Bolds that the cancellation would not occur. In a letter from February 2018, the DMHC notified the Bolds that Blue Shield acknowledged to the DMHC that $1,975 was the correct amount of the Bolds’ 2018 premiums. The DMHC also explained that Blue Shield had violated California law by failing to notify the DMHC of the Bolds’ appeal of the cancellation notice, and that they had also failed to provide legally sufficient notice of the increase in their monthly premium.

The Bolds went through another exasperating ordeal when 2019’s open enrollment period began, receiving constantly-changing renewed premium amounts ranging between $2,258 and $3,056 well after the legally-mandated deadline for notice of a change in premium payments. A DMHC investigation revealed that Blue Shield had, again, failed to comply with California laws regarding premium increases. The Bold family’s story is one of many among Blue Shield customers regarding mistaken billing practices, but Blue Shield denies any wrongdoing in how it bills its customers. Interestingly, however, Blue Shield is currently in litigation against HealthPlan Services, Inc., a Florida company Blue Shield hired to provide billing services and customer record-keeping. Blue Shield’s lawsuit against HealthPlan Services is a clear acknowledgment that grave errors in customer billing have been occurring.

If you’re a California Blue Shield customer who received late notice of an increase in premiums, find out if you’re entitled to compensation by contacting the Los Angeles bad faith insurance lawyers at Gianelli & Morris for a free consultation at 213-489-1600.

By Gianelli & Morris | Posted on August 26, 2019
Free Consultation
We can Help,
Contact Us Today!