What are the types of damages for insurance bad faith? - Gianelli & Morris

What are the Types of Damages for Insurance Bad Faith? 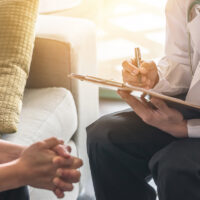 When a health insurance company wrongly denies your claim for benefits in California, you may have a right to file a claim for bad faith against your insurer. If successful, an insurance bad faith lawsuit will entitle you to receive compensation in the form of money damages. If you want to learn our other blog addresses the elements of a bad faith insurance claim.

When pursuing a claim for bad faith against an insurance company in California, you are arguing that the insurer breached its legal duty of acting in good faith by failing to reasonably handle a claim you filed against your policy. In healthcare bad faith claims, this failed duty may come in the form of unreasonably delaying payment of a claim, refusing to authorize treatment that should be covered by your policy, or denying your claim without justification.

Economic damages could include:

Noneconomic damages could include:

Punitive damages may be available

In some cases, insurance bad faith victims may have a right to punitive damages, which are imposed for the purpose of punishing the bad actor for particularly wrongful conduct. In order to win punitive damages, the plaintiff must prove that the insurer breached its duty of good faith in a malicious, fraudulent, or oppressive manner—in other words, extraordinarily bad conduct by an insurer. Punitive damages tend to be awarded when plaintiffs can show that an insurer had a policy or practice of denying particular types of claims or treatments in an unreasonable or bad faith manner. Punitive damages may also be awarded where plaintiffs can prove that an insurer was inordinately slow in investigating or responding to a claim, or where an insurer fails to investigate a claim.

If you believe that your claim with a California health insurer has been denied or payment has been delayed in bad faith, find out if you’re a good candidate to file a bad faith lawsuit by contacting the experienced and effective California bad faith insurance lawyers Gianelli & Morris at 213-489-1600.

By Gianelli & Morris | Posted on April 28, 2019
Free Consultation
We can Help,
Contact Us Today!