Does Insurance Company Need to Deny Claim to Be Liable for Bad Faith?

Does an Insurance Company Need to Deny a Claim to Be Liable for Bad Faith Damages? 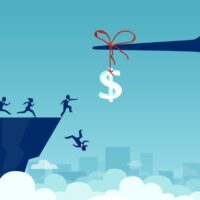 Coverage disputes center on whether a claim was appropriately denied. The policyholder or beneficiary is seeking to recover the benefits they are owed under the policy. Coverage disputes are based on the insurer’s contractual obligation to pay for valid claims.

In many cases, a party who was wrongfully denied coverage will also have a claim for insurance bad faith. A bad faith claim is based on California law requiring insurance companies to act in good faith and fair dealing with regard to policyholders and other contractual beneficiaries. Bad faith claims must be based on an insurance policy, and whether someone can sue for bad faith depends upon their contractual relationship with the insurance company, but the claims are different from breach of contract. In evaluating a claim for insurance bad faith, the court will ask whether the insurance company acted in an “unreasonable and unfair manner” with “bad faith” intentions aimed at depriving the policyholders of the benefit of the insurance agreement.

The damages available in bad faith claims go beyond the coverage amounts denied. Plaintiffs can seek consequential damages resulting from the insurer’s denial, including damages for emotional harm caused by delayed receipt of policy benefits, as well as punitive damages.

You Can Sue for Bad Faith Even Without a Claim Denial

Bad faith claims often accompany claim denial, but it is not a strict requirement to have a claim denied in order to bring a bad faith claim. Courts in California have held that insurers can be liable for bad faith so long as they wrongfully withheld anything of value under an insurance policy or caused the insured other financial damage under the policy by, for example, causing a policyholder to pay excess premiums.

In one recent case, for example, a federal court in California allowed the plaintiffs to maintain an action against an insurance company that had improperly increased the monthly deduction rates (MDR) of certain policies which reduced the accumulation value of those policies. Doing so caused the plaintiffs to pay increased premiums, which can be grounds for a claim of bad faith even though no policy benefits were due.

If your life, disability, or health insurance claim was wrongfully denied, or if you have otherwise been subjected to bad faith insurance conduct, fight for the coverage you are due with the help of the professional and talented Los Angeles insurance bad faith lawyers at Gianelli & Morris for a free consultation at 213-489-1600.