Who Can Sue and Who May Be Sued for Bad Faith Insurance?

Who Can Sue and Who May Be Sued for Bad Faith Insurance? 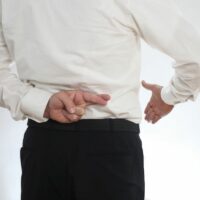 What is Insurance Bad Faith?

“Bad faith” refers to an insurance company’s (or other party’s) duty to engage in “good faith and fair dealing” with respect to policyholders. In the context of insurance claims, an insurer commits bad faith when they use underhanded tactics to avoid paying claims. Bad faith conduct can include, for example:

When a party sues for bad faith, they can seek more than just the benefits due under the policy. They can claim additional financial harm caused by the delayed or denied coverage, as well as non-economic damages caused by the insurer’s conduct (e.g. pain and suffering caused by delayed medical treatment, emotional distress, etc.).

Who Can Sue for Bad Faith Insurance?

Parties who can sue for insurance bad faith include:

Policyholders and beneficiaries alike have standing to sue not only for the benefits due under the policy but also for bad faith insurance conduct. Express beneficiaries need not be specifically named in the contract to have standing to sue, so long as they are a member of the class for whose benefit the policy was made (for example, a life insurance policy benefiting “my children”).

A person who is not a party to or beneficiary of the contract does not have the right to sue. For example, the spouse of a disability policyholder does not have standing to sue for insurance bad faith just because their spouse was wrongfully denied benefits. The spouse may have a separate claim if the insurer violates a different duty owed to the spouse (for example, if they engage in “intentional infliction of emotional distress” through harassment or other conduct), but the spouse does not have a claim for bad faith based on their spouse’s disability policy. Under certain circumstances, an insurance bad faith claim can be assigned to another party.

Who Can Be Sued for Bad Faith Insurance?

Bad faith claims can only be made against parties with “privity of contract,” as discussed above. That means that the direct insurer can be sued, along with other insurers involved with the claim (primary, excess, umbrella, etc.). An insurer’s parent company may also be held liable. Individual insurance agents cannot be sued for insurance bad faith, but they can be sued for professional negligence.

If your life, disability, or health insurance claim was wrongfully denied, or if you have otherwise been subjected to bad faith insurance conduct, fight for the coverage you are due with the help of the zealous and successful Los Angeles insurance bad faith lawyers at Gianelli & Morris for a free consultation at 213-489-1600.