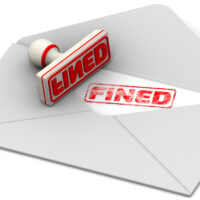 Anthem Blue Cross, one of California’s largest providers of health insurance, has recently reached a settlement with the California Department of Managed Health Care (DMHC) to address major flaws in its handling of customer complaints. Anthem will now be compelled to spend over $11 million in fines and investment in improving the customer grievance process. Learn more about the settlement below, and contact an experienced California bad faith insurance attorney if you’ve been ill-treated by your insurance company.

Grievance process deficiencies extend back years, according to DMHC

Anthem Blue Cross has been under scrutiny by the DMHC for its problematic grievance process for years. According to Shelley Rouillard, the director of the DMHC, every health insurer has flaws in its system for handling consumer complaints, formally labeled “grievances.” However, she explained, Anthem’s issues with its grievance process extend back a number of years and have been the subject of the highest rate of complaints to the DMHC help center relative to that of other plans. In fact, Anthem was the subject of 246 grievance system violations between 2013 and 2016, according to the DMHC. The current settlement marks the end of Anthem’s appeal of the 2017 imposition of a $5 million fine by the DMHC for Anthem’s problematic grievance-handling process. Now, Anthem will pay a $2.8 million fine to the DMHC and invest $8.4 million in improvements to its grievance process.

The DMHC’s greatest concern with Anthem’s system for handling customer grievances stems from its reluctance to categorize customer calls as grievances in the first place. Customers who called in about a problem with their plan would often have their call categorized by customer support as an “inquiry” rather than a “grievance.” This meant that initiation of the formal grievance process would be delayed, putting off a process which allows the customer to appeal healthcare decisions and potentially involve the DMHC. In other words, failure to classify a complaint as a “grievance” was yet another way for Anthem to deny needed care to its customers. Under the recent settlement, Anthem will now classify customer calls as “grievances” by default, rather than “inquiries.” Anthem will also invest in retraining and monitoring its customer support staff in this area. Anthem customers who still fail to receive a timely resolution of their complaints or who have legitimate claims for coverage denied may have a right to use legal action as a way of getting the care and compensation they deserve.

If you’ve been the victim of a bad faith denial of health care coverage in California, contact the dedicated, professional, and experienced Los Angeles bad faith insurance lawyers Gianelli & Morris at 213-489-1600.

By Gianelli & Morris | Posted on July 17, 2019
Free Consultation
We can Help,
Contact Us Today!