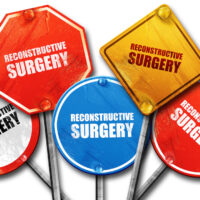 On the other hand, cosmetic surgery is performed to enhance overall cosmetic appearance by reshaping and adjusting normal anatomy to make it visually more appealing. Breast augmentation, liposuction, rhinoplasty (unless required to restore normal breathing or appearance after a severe nasal fracture), abdominoplasty (tummy tuck), and facelift are popular examples of cosmetic surgery procedures.

If you believe you were wrongly denied insurance coverage for reconstructive surgery following an injury or illness, please contact the California insurance law attorneys at Gianelli & Morris in Los Angeles. We’ve fought for policyholder rights in California since 1979, and we can help you obtain the benefits you need to make the most complete recovery possible.

By Gianelli & Morris | Posted on January 18, 2019
Free Consultation
We can Help,
Contact Us Today!