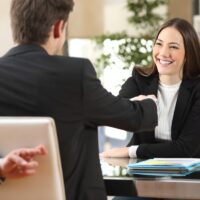 California law requires insurance companies to engage in “good faith and fair dealing” when evaluating policyholder and beneficiary claims. Insurance companies that violate the notions of good faith and fair dealing by engaging in underhanded tactics in order to deny or undervalue claims are liable not only for the amounts due under the policy but for additional fines and penalties as well. California law identifies a number of specific bad faith practices that insurers are prohibited from committing. Read on for a discussion of several of the most common types of bad faith conduct that insurers commit in denying insurance claims. Call a seasoned Los Angeles insurance bad faith lawyer for assistance if you have been subject to bad faith insurance conduct.

The insurance company has the right and the obligation to conduct a proper investigation of your insurance claim before rendering a coverage decision. That investigation must be fair, reasonable, and prompt. The insurer cannot simply delay making a decision for months on end without proper justification. If they have good reason to take more than 30 days to investigate your claim, they must inform you of their reason for doing so. If they are simply delaying your investigation to undermine your confidence and bully you into accepting a lowball settlement or dropping your claim entirely, they are committing bad faith.

California law requires insurers to provide a full, clear, and accurate justification for denying a claim. If their denial is perfunctory and does not explain why, based on the terms of the policy and the evidence in the record, your claim is being denied, then you could have a claim for bad faith.

Failing to Communicate With Policyholder

Insurance companies are required to communicate with you about the state of your claim. If they are conducting an investigation, they must inform you. If they are denying your claim, they must tell you so. If you contact them with a question about your claim, the State of California requires them to respond within a reasonable amount of time. If you file a claim and hear nothing for months, the insurer is engaging in bad faith behavior.

As part of their investigation, the insurance company may ask you to provide additional documentation–accident reports, medical records, autopsy reports, etc. These document requests are allowed so long as they are reasonable and within the scope of the investigation.

Insurers may not try to bully you or delay an investigation by making burdensome, redundant document requests. They cannot keep asking you for the same evidence in different forms, or require you to print out thousands of pages and pay for shipping. They cannot ask for your entire medical history or that of the covered party when such evidence would be irrelevant to the claim. If the insurer is engaging in delay or bullying tactics to get you to give up on your claim or accept a lowball settlement, they are engaging in bad faith.

Misconstruing or Ignoring the Evidence

Insurance policy denials must be based on the evidence in the record, including medical evidence, medical records, police reports, and other relevant sources of information. Insurance companies have a habit of making their own declarations–that certain procedures are medically unnecessary despite the scientific consensus, that a person’s death was caused by a pre-existing condition despite the autopsy report, etc.–while deliberately ignoring the actual medical evidence or science involved. When a claim denial is based on deliberately ignoring or rejecting the evidence, the insurer may be liable for bad faith.

Insurers are bound by the terms of their contracts. Often, insurance claims adjusters and other agents will deliberately misread their policies in order to claim that certain benefits are unavailable or certain claims are excluded. They hope that unsuspecting claimants will take the insurer at their word. A savvy bad faith insurance lawyer can identify when an insurance company is lying about the content of their policy or the legal meaning of insurance policy terms.

If your life, disability, or health insurance claim was wrongfully denied, or if you have otherwise been subjected to bad faith insurance conduct, fight for the coverage you are due with the help of the compassionate and dedicated Los Angeles insurance bad faith lawyers at Gianelli & Morris for a free consultation at 213-489-1600.