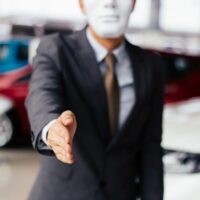 Employees of a private company or public entity typically rely on their employer to provide insurance coverage. Government employment, in particular, is sought-after specifically because of the insurance benefits. Unfortunately, public entities are not always the best advocates for their employees. Insurance companies have been known to offer sweetheart deals to public employers to provide coverage for their employees, and then offer substandard policy coverage and engage in backhanded tactics to avoid paying out on otherwise legitimate claims. Read on to learn about how insurance companies and public employers are failing policyholders and claimants, and call a zealous Los Angeles life insurance claim denial and insurance bad faith attorney for help with an insurance claim.

Standard Insurance Company, among other insurance companies, has been caught taking advantage of public entity workers. In 2012, public employees in New Mexico filed a class action alleging that the insurer had wrongfully denied hundreds of thousands of dollars in death benefits to a number of families whose claims should have been covered. The plaintiffs alleged that Standard waited until triggering events occurred to actually review the policies they had issued to the public employees, only then “discovering” that there were errors in the forms and other formalities that invalidated the policies.

Thousands of employees had relied on the assurances of Standard and their employers for years, continuing to pay premiums with the understanding that their policies were fine. Only upon the death of the policyholder would Standard investigate, discover a missing form or some such, and then deny the claim.

Similar allegations were levied in a class action in Oregon, in which the plaintiffs claim that Standard unlawfully collected millions in premiums from state and local government employees for unapproved additional life insurance coverage. Standard would then deny coverage upon the death of the policyholder.

Gianelli & Morris Represents Beneficiary Against Standard and the City of Los Angeles for Bad Faith, Breach of Duties

Life insurance denial attorneys Gianelli & Morris have taken it upon themselves to hold Standard to task, representing a grieving widow with her claims against the company along with the City of Los Angeles, her deceased husband’s former employer. Like the Oregon and New Mexico policyholders, our client’s family was irrevocably harmed by the City’s choice to switch to Standard for inadequate, unsupported coverage. Adding insult to injury, the City provided promotional materials to employees touting Standard’s “national reputation for quality products and superior service by always striving to do what is right for our customers.”

At this point, the City should have been fully aware of Standard’s substandard practices and prior bad faith behavior, specifically with regard to public employees. Although Standard denied her claims for specific reasons (reasons unsupported by the policy language, medical records, and medical science), their bad faith conduct is in line with their history of abusing public servants.

If your life insurance claim was wrongfully denied, if you’ve been subjected to bad faith conduct by an insurance provider, or if you are dealing with other insurance issues in California, fight for the coverage you are owed with the help of the passionate and professional Los Angeles insurance claim denial lawyers at Gianelli & Morris for a free consultation at 866-923-3138.