Can Life Insurance Deny a Claim Due to Excessive Alcoholic BAC?

Can a Life Insurance Company Deny a Claim Due to Excessive Alcoholic BAC? 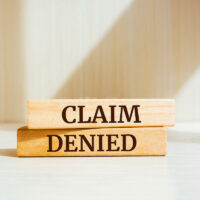 It seems life insurance companies can look for any possible reason to deny claims to maximize profits and minimize payouts. Many policies include lesser-known provisions that exclude coverage in certain circumstances. For example, insurers sometimes exclude coverage for self-inflicted harm. Can insurers deny coverage if the insured party was intoxicated at the time of death? Read on for an analysis of life insurance coverage denial based on high alcohol blood-alcohol content (BAC). If your claim was denied due to alcohol consumption or some other suspicious reason, call a dedicated California life insurance denial attorney for help recovering the benefits you are due.

Many life insurance policies exclude coverage for deaths that are caused by the insured party’s intoxication. Whether they died in a car crash, falling off a roof, or misfiring a gun, if the policy explicitly excludes accidents caused by intoxication, and the insurer can prove that intoxication led to the accident, the insurance policy might dictate that the death is not covered. These are often included as part of exclusions for self-inflicted harm

The insurance company cannot simply claim that a policyholder’s death was caused by intoxication, however. They must show that the insured actually was intoxicated–not merely that they had some alcohol in their system–and that the alcohol consumption contributed to their death. If the evidence in the record, including the police report, coroner’s report, medical reports, and others do not support a finding that the death was caused by the policyholder’s alcohol consumption, then the beneficiaries have grounds to challenge the insurer’s decision and obtain benefits. Some insurers might argue that the policy exclusion covers all deaths in which the policyholder had any alcohol in their system, but the beneficiaries might be able to challenge such an argument depending upon the specific policy language.

Lying About Alcoholism in the Application

Life insurance applications ask a number of questions about the applicant’s health and habits. Among other things, they will ask about alcohol and drug usage. If the applicant lies about their alcohol consumption or prior struggles with alcoholism, the insurer might “rescind” the policy rather than pay out on a claim. Rescission can occur within two years of the policy going into effect, including if the policyholder dies during that time.

It’s important to note that rescission can occur at any point within two years so long as the omission or misstatement was material. There’s no requirement that the policyholder’s death was connected to the misstatements. If the insured party was killed in a plane crash as a passenger, but the insurance company discovers that they lied about their alcoholism in their application a year earlier, they could seek to refuse coverage and rescind the policy. They will argue they were still fraudulently induced into issuing the policy, even though the policyholder’s ultimate death had nothing to do with alcohol.

Insurance policies often exclude coverage for deaths that occur during the commission of illegal acts. If a policyholder drives while over the legal BAC limit for alcohol and dies in a car crash, the insurer could deny coverage on the grounds that they were committing a crime.

If your life, disability, or health insurance claim was wrongfully denied, or if you have otherwise been subjected to bad faith insurance conduct, fight for the coverage you are due with the help of the seasoned and effective Los Angeles insurance denial lawyers at Gianelli & Morris. Call for a free consultation at 213-489-1600.

By Gianelli & Morris | Posted on August 12, 2022
Free Consultation
We can Help,
Contact Us Today!