Accidental Death Insurance Denial: What to Do if Your Claim Was Denied?

Accidental Death Insurance Denial: What to Do if Your Claim Was Denied? 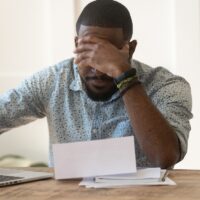 What is Accidental Death Insurance?

Accidental death and dismemberment (AD&D) insurance is a form of insurance that pays out when the insured party is killed in an accident. It pays additional benefits when the insured party dies under certain circumstances, such as a car accident, natural disaster, homicide, drowning, or accidents involving heavy equipment. Accidental death insurance typically excludes death from natural causes such as cancer, heart attacks, or other illnesses. Because of the significant coverage limitations, AD&D insurance is useful to supplement, but not replace, life insurance.

Why Was Your Claim Denied?

If your accidental death claim was denied, you have the right to push back. Whether you can simply supplement your claim with additional proof, or whether you’ll need to go through a full appeal and/or external claim, may depend upon the reason why your claim was denied. Some of the most common reasons for denial of an accidental death claim include:

Many insurance providers try to deny accidental death insurance claims for any number of reasons, whether legitimate or otherwise. You have the right to appeal a claim denial and, if the insurance company persists in rejecting your claim, you can seek compensation in civil court. Gianelli & Morris recently filed a lawsuit against Standard Insurance Co. based on their wrongful denial of an accidental death claim, as well as general bad faith conduct.

In that case, the insured party had passed away due to accidental drowning. Because the autopsy reported that a cardiac arrhythmia “may have” contributed to the accidental death, Standard claimed that the claim was excluded under a policy provision excluding heart attack and stroke. Their reasoning is contradicted by California law and California court decisions, including opinions from the California Supreme Court explicitly holding that “the presence of a preexisting disease or infirmity will not relieve the insurer from liability if the accident is the proximate cause of death,” regardless of whether the preexisting condition may have contributed to the accident or cause of death.

The case illustrates the fact that just because an insurance provider denies your claim does not mean your claim is not covered. A seasoned claim denial attorney can help you get the coverage you are owed.

If your accidental death or life insurance claim has been unreasonably denied, or if you are dealing with other bad faith insurance issues in California, fight for the coverage you are owed with the help of the seasoned and dedicated Los Angeles insurance claim denial lawyers at Gianelli & Morris for a free consultation at 213-489-1600.